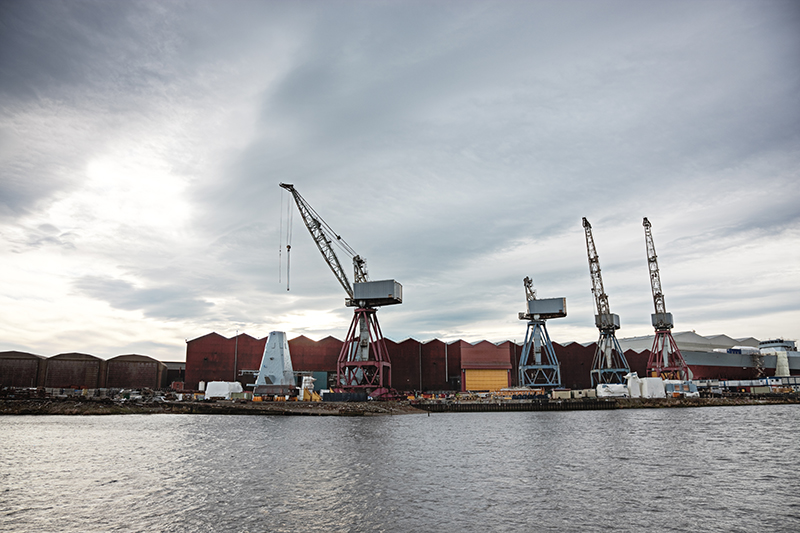 Getting to grips with water management

Shipbuilders steer a course for efficiency.

Construction work on the UK’s latest warships will be less costly and more productive, thanks to contractor BAE Systems’ determination to get to grips with water management.

The company called on Business Stream to help scrutinise water consumption on its shipyard site. From this small investment, it is set to achieve six-figure savings over the lifetime of the project. The future aircraft carriers for the Royal Navy, HMS Queen Elizabeth and HMS Prince of Wales, will be the largest and most powerful warships ever built in the UK. They are due to enter servic in 2016 and 2018. BAE Systems Surface Ships is playing a leading role in delivery of this prestigious project. They began construction of the ships in 2009, cutting the first steel at its Govan shipyard. Before work got under way in earnest, concerns arose about water use in the shipyard – a vast and challenging site to manage. The company was keen to ensure that water consumption was as efficient as possible, so as to reduce the site’s carbon footprint and manage costs for the duration of the lengthy project.

Approached for guidance by BAE Systems Surface Ships, Business Stream recommended the use of their smart metering technology to build a clear picture of water consumption across the shipyard. Two smart meter data loggers were installed at the east and west of the site. Each logger takes continual flow readings, which are displayed online for BAE systems to easily check as the average flow reading for each 15 minute interval. The Business Stream team also tracked flow patterns and presented an analysis to the company.

Analysis of the west yard revealed unusually high water consumption. Visiting the site on a Saturday, to avoid disrupting production, Business Stream’s leak detection experts discovered and pinpointed a leak on a supply pipe to a disused building. As the supply to the building was no longer required, the team was able to isolate the supply and eliminate the leak. By comparing the baseline water consumption before and after the leak, it became clear that this leak had been responsible for the loss of 0.63 litres per second.

Leak detection at the Govan site has saved BAE Systems Surface Ships around £40,000 per year. For minimal investment, the company therefore stands to save in excess of £300,000 by the time the new aircraft carriers are due to enter service. With smart metering still in place, managers can be confident that any future problems will be quickly pinpointed and dealt with. Water efficiency will help to keep project costs within budget and improve the integrity of the site’s infrastructure – enhancing reliability, productivity and efficiency.