When the loss of water supply is not an option. 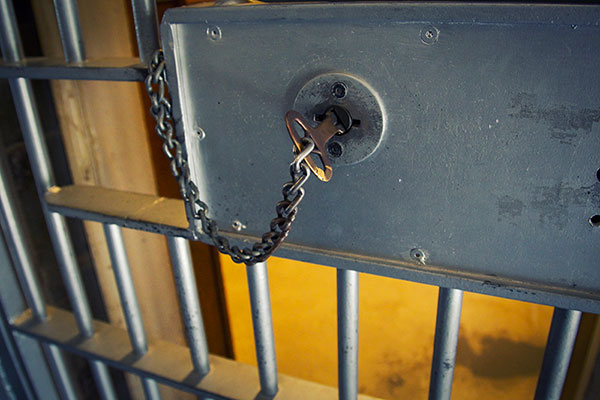 Business Stream relationship managers ensured the swift repair of a leak to avoid a logistical nightmare.

When Castle Huntly Prison sprung a major leak , the swift leak repair and provision of emergency supplies avoided the relocation of 280 inmates.

Castle Huntly Prison calls on Business Stream after springing a major leak. The Scottish Prison Service (SPS) manages 13 prisons across Scotland, each of which has been appointed a dedicated relationship manager from Business Stream to manage all issues relating to the prison’s water supply. One prison in particular was able to reap the rewards of having a relationship manager when it was presented with a crisis scenario. Authorities at HM Prison Open Estate, Castle Huntly, near Dundee, faced having to relocate more than 280 prison inmates after a leak on their network disrupted the water supply for the entire prison. After contacting Business Stream, the leak was fixed in a matter of hours, the water supply was restored and the authorities averted what would have been a ‘logistical nightmare’ – the relocation of the inmates.

Situated three miles west of Dundee, HM Prison Open Estate, Castle Huntly is one of Scotland’s two open prisons. It provides low-security accommodation for up to 280 ‘Category D’ adult, male prisoners who are serving sentences ranging from two years up to and including life. As a matter of human rights, the inmates must have access to constant running water. Therefore, the prison and Business Stream devised a number of contingency plans that could be implemented in the event of a major disruption to Castle Huntly’s water supply. As the wholesaler, Scottish Water has the responsibility for the maintenance and repair of water pipes/networks that run up to the boundary of a business’ site. Beyond that boundary, it’s the Prison’s responsibility to carry out any repairs. On 1 August 2007, Rick Brown, head of estates at Castle Huntly, identified a leak within the prison boundary but required assistance with detection and repair. Not only did the leak cut off the prison’s water supply, it also caused the prison’s water storage tanks, which provide an auxiliary water supply, to run dry. Unable to repair the leak, Mr Brown contacted Business Stream who immediately got to work on resolving the potentially disastrous problem.

Mr Brown contacted Business Stream at 1pm and by 1.30pm, three pallets of water and four bowsers had been dispatched to the prison as well as a leak repair squad. By 6pm that evening the pallets of water, bowsers and repair squad were all on site at Castle Huntly and the leak was repaired within the hour. Business Stream was on stand-by throughout the night in the event of further problems.

Although the prison authorities at Castle Huntly initially feared the worst, they were able to have their water supply restored without causing the prison to adopt the last resort option of redeploying prisoners.